Biostimulant that improves the mechanical resistance of the vascular and epidermal cells of stems, leaves and fruit, thus enhancing their structural integrity and rigidity, and resulting in stronger and more compact plants, with greater vigour, stability and appearance.

Biostimulant composed of glucosamine silicate, which improves the mechanical resistance of the vascular and epidermal cells of stems, leaves and fruit. This enhances their structural integrity and rigidity and results in stronger and more compact plants, with greater vigour, stability and appearance.

When applied on roots, it leads to an increase in the number of absorbing trichomes in the root, which enhances nutrient uptake and flow.  Once absorbed and transported by the xylem, it is deposited (silification process) in the cell walls of the conducting vessels until it reaches the leaves, therefore creating mechanical barriers that strengthen them and make them more resistant.

When applied on leaves, the silicate is deposited between the cuticle and the endodermis in a polymeric and colloidal form, as well as in the stomata. This reduces the transpiration rate by allowing water and minerals to remain available, and leads to greater leaf tissue firmness. The tissues having undergone this process make better use of light energy, as they are able to scatter and eliminate the damaging ultraviolet radiation more effectively.

Glucosamine silicate increases the production of secondary metabolism compounds, such as polyphenols and essential enzymes for an optimal yield and harvest quality. 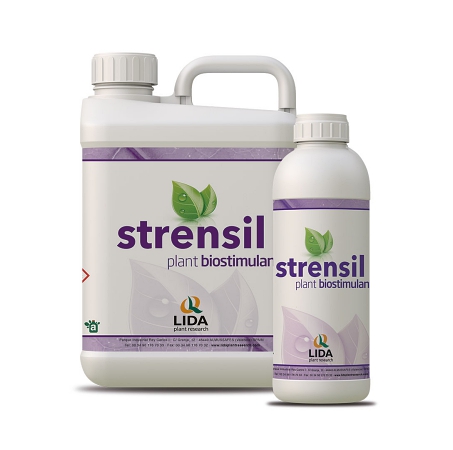 Soya and leguminous generally, maize, wheat and other cereals. 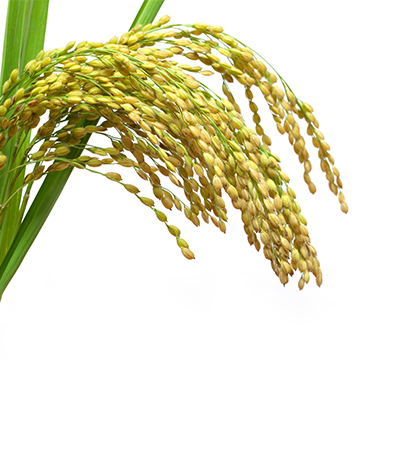 recommendations of use and benefits

Since silicate structures in cells are continuously renovating and forming, especially at sites of active leaf and root growth, root applications of strensil are recommended at germination and during the different critical stages of crop growth. Foliar application should be used in colour change treatments and short before harvest.